Hermi with a new production facility increases its production capacity

Hermi built a modern production plant in an industrial zone in Celje, Slovenia, to triple its production capacity. In addition to the construction itself, the biggest investment is a comprehensive modernization of the production fleet. In the first phase of the modernization, multi-million investments are planned in an additional automated cable tray production line. 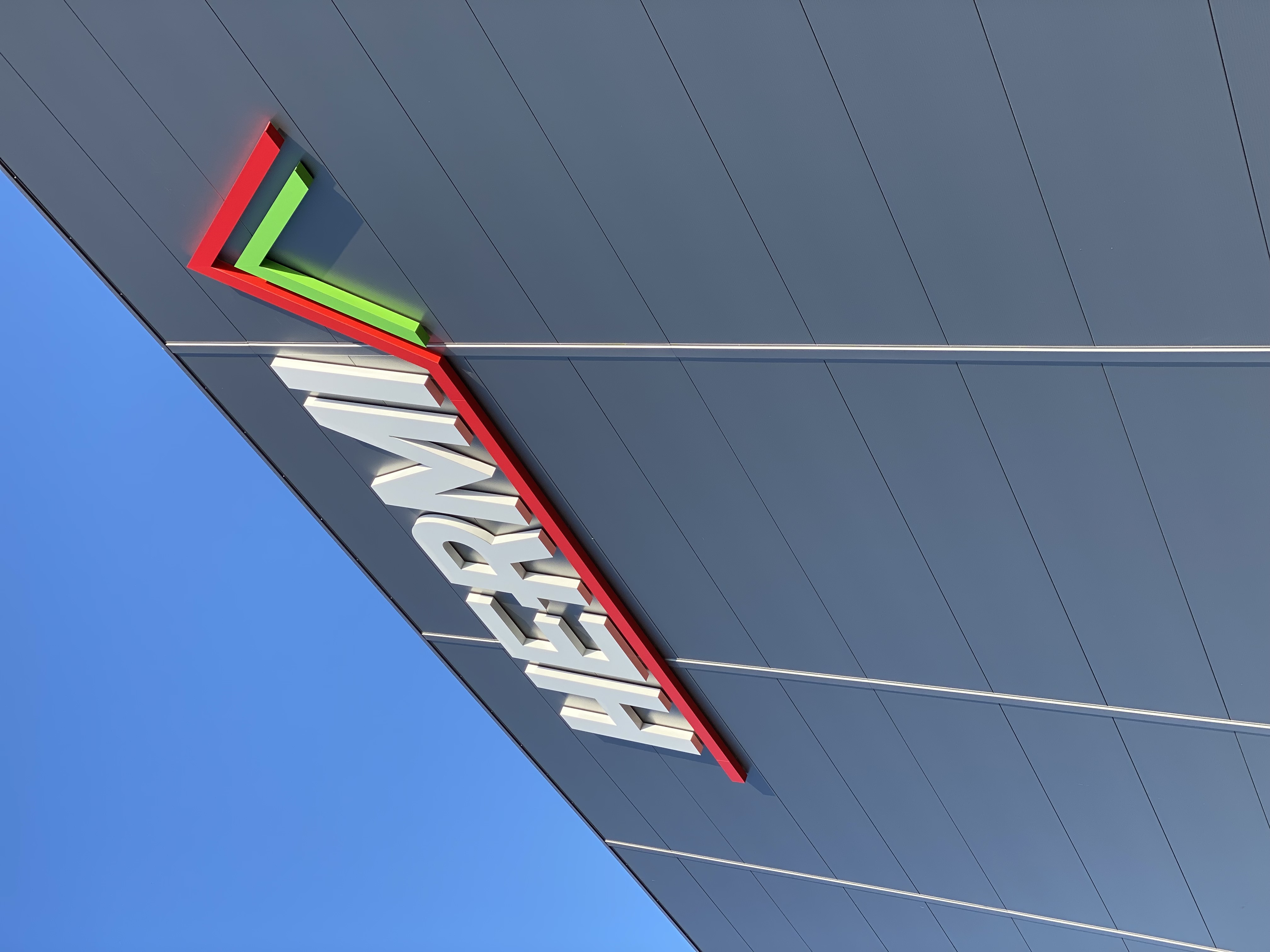 The Slovenian producer of lightning and surge protection, cable trays and ladders, and mounting structures for solar power plants built a new production facility just a shooting range from the existing headquarters and other production plants. Work on the construction site began this spring and in August they already started setting up the new production lines. The production is planned to start its operations this week, taking some fine-tuning to be fully operational and reaching its capacity in the upcoming months.

Since Hermi produces more than 6,500 products, the production of a specific component depends on the complexity of the steps needed in its production. It can take from one second to up to three weeks to produce a specific product. Therefore, it is difficult to talk about the capacity. However, they anticipate tripling their production capacity. With the installation of an additional automated production line, the capacity of the cable tray and ladder program will increase the most.

Through the years, Hermi has moved its production lines and increased its production capacity many times. The main reason for a new building was to increase the capacity even further. Another reason was increased demand on the existing markets and entering new markets with higher volume desires. Constant technological enhancements of both products and production processes formed a necessity for a new modern, state-of-the-art production facility that would allow for quicker production times, higher productivity, better quality control at every production step and digitalization of all the processes. 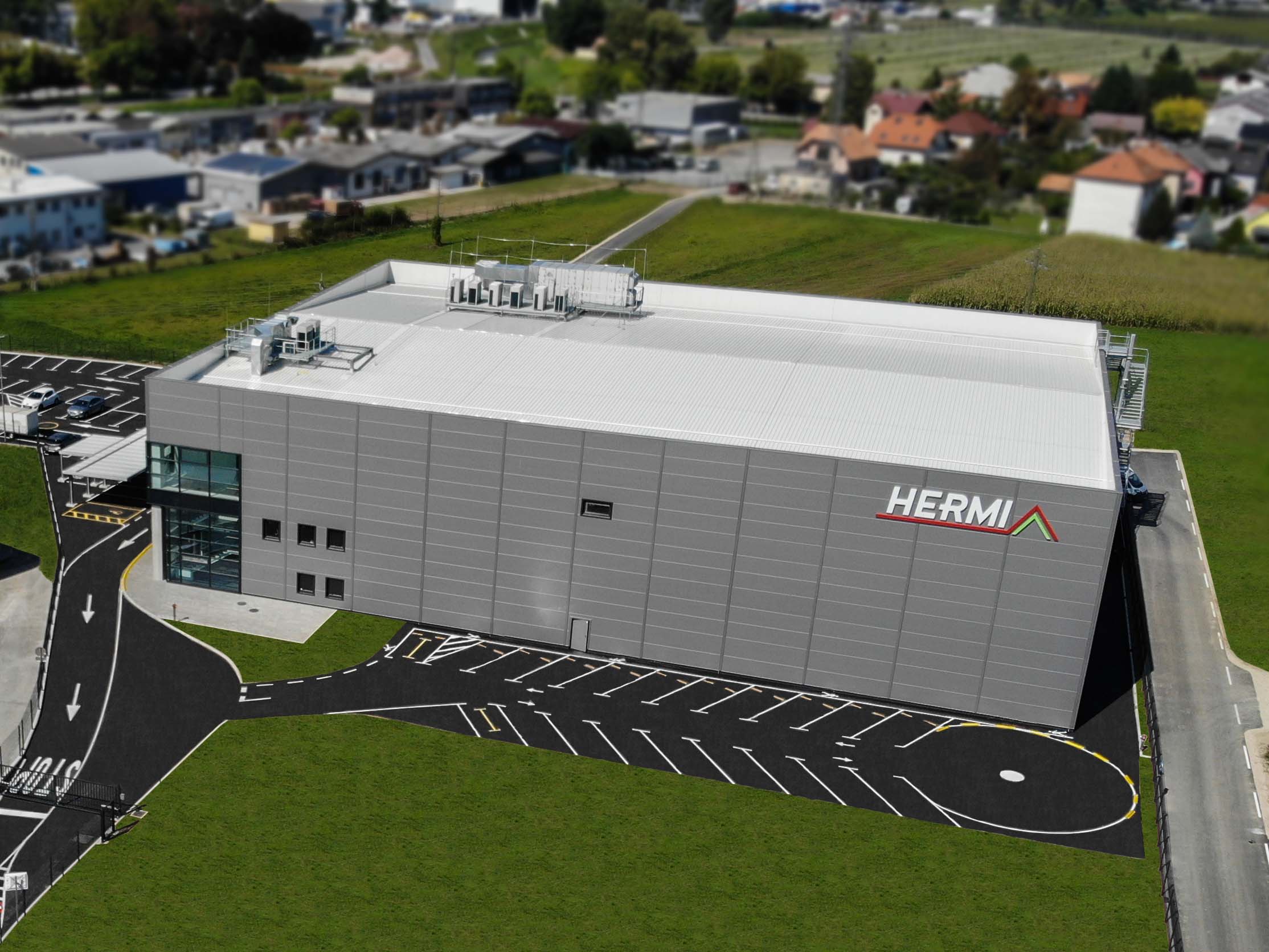 Miran Rauter, CEO and owner of Hermi: “The desire to further increase production capacity and to expand has been on my mind for a long time. Now, we will be able to respond to customer requirements more quickly and be even more competitive in development, quality and price. I am always setting myself new challenges, including entering new markets, increasing sales share in existing markets, further digitalizing all business processes and improving working conditions. This new production is just a step towards further expansion – in terms of space, volume and markets.”

The new production fleet spreads over two floors. Additionally, an indoor warehouse and offices will also be in the new building. There are enough parking spaces for employees and a lot of green areas around the building. Together with the increase in capacity, they will also strengthen the Hermi team. They plan to hire around 20 new employees still this year.

The geographical location and local environmental conditions have thoroughly been taken into consideration when designing and planning this new production facility. The guidelines of sustainable development in its construction have been followed to the greatest extent possible. The new production plant is built of environmentally friendly and quality materials. They used Hermi components where ever possible. A solar power plant with Hermi mounting components is also planned to be installed on the roof of the production roof to cover their electricity needs.

Due to the situation around the coronavirus, the company will not organize an official opening this fall. If the circumstances allow, they will have an opening event with plant visits next spring.